Good News for the Grey Partridge at Conservation Award 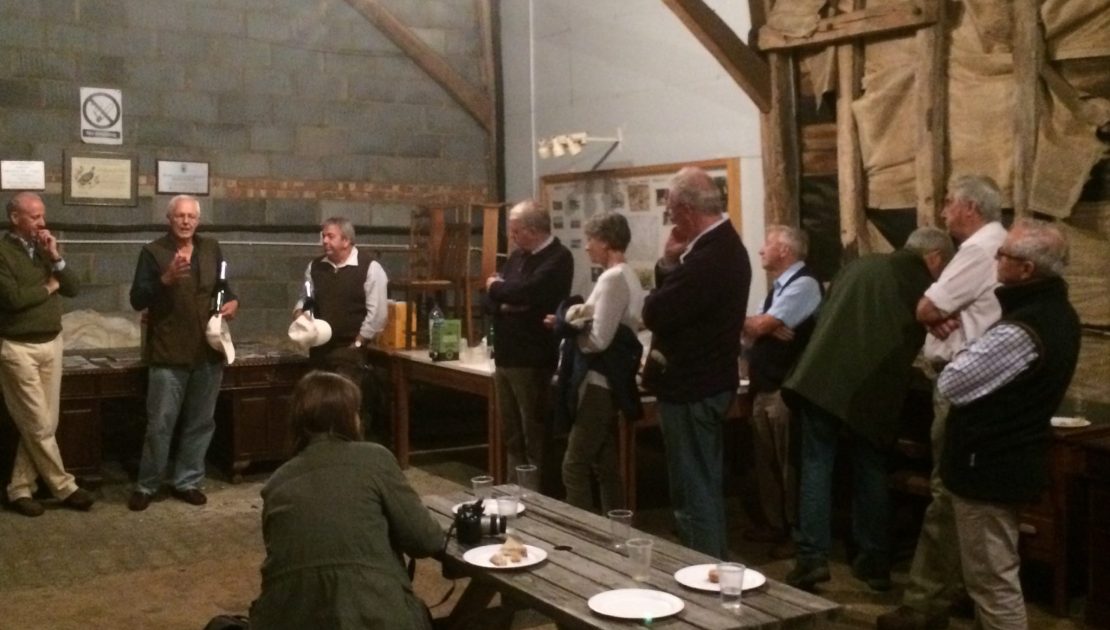 Dr Roger Draycott of the GWCT was finally able to deliver some really good news on our native Grey Partridge at this year’s annual Castleacre East Anglian Grey Partridge Award – numbers are up significantly.

Dr Roger Draycott, of the GWCT and Castleacre Director, Hugo Johnsen, gave this year’s award to Colchester landowner, Jonathan Minter and gamekeeper, Robert Graves, from the Rivers Hall estate. Carefully considered conservation at Rivers Hall, a 1100 acre arable estate in Boxted, has been carried out over seven years. The estate have increased numbers of greys, which are far less robust than their French cousins, to between 150-180.

Dr Draycott, of the GWCT, was delighted to report that there had for the first time been a really tangible rise in numbers of these shy native game birds, thanks to the hard work of dedicated local land owners, managers and game keepers. His team, who have masterminded the GWCT Grey Partridge Conservation project, working with numerous landowners across the country, recently secured their own prestigious European conservation award for game and wildlife management.

Adam Steed who manges the shoot at Red House Farm at Bacton near Stowmarket, was the highly praised runner up. Hugo Johnsen commenting   ‘ Jonathan Minter outlined the hard work involved particularly for his game keeper, Robert Graves, and we all had to take our hat off to Adam who manages to do his conservation work outside his day job as a teacher . All these people have shown extraordinary commitment to this project. It is this dedication that now seems to be bearing fruit in terms of grey partridge numbers.’

Prior to the award, Chris Wilson and Richard Gould of Frederick Hiam Farms, took members on a walk around the farm at Ixworth Thorpe – explaining some of their successes and failures in providing the right environment for the Grey Partridge to thrive.