‘Flood Re’ Proposals Amount to Another Ill-Conceived Property Tax

If proposals circulating within Westminster become law by next summer all house insurance policies will be subject to an annual levy, which is designed to assist owners of property in flood risk areas. The new ‘Flood Re’ scheme would be equitable if all flood prone houses were able to benefit from this pool but anyone owning a house that falls into the Council Tax ‘H band’ will be excluded along with let houses, properties built since 2009, and commercial properties. Property owners who are already paying higher council tax will see this as yet another ill-conceived property tax, particularly in the light of threatened shadow cabinet proposals for a new mansion tax.

Hugo Johnsen, Director of Castleacre Insurance Brokers, who specialise in arranging insurance for heritage properties says, ‘ Why a Tory government would want to anger such a specific group, who should in all likelihood be their natural supporters, beggars belief. There doesn’t seem to be any logical explanation as to why this group of home owners have been excluded from the proposed Flood Re scheme. Surely if these owners are contributing towards the scheme they should also benefit from it?’

Until July 2013 there had been an agreement with the government and UK insurers which offered the peril of flood to all property owners, the scheme known as the ‘Statement of Principles’, was set up on the basis that the government increased its investment in flood prevention measures. This agreement, which should have come to an end last year has been extended to June 2015, but the increased frequency and cost of flood claims has meant the proposed model for its replacement, ‘Flood Re’, works along the same lines as a reinsurance company. In reality this government led initiative is a form of taxation which will add 2.2% to all property insurance premiums. ‘Flood Re’ will in principle provide 25 year transitional support to the insurance industry so that flood insurance can be offered to high risk homes but crucially, unlike the scheme it is replacing, the new Flood Re will benefit some but not all property owners.

Many H-band properties are designated listed or historic buildings and of national architectural significance.  While most were originally sited responsibly by builders and landowners to take account of river flood plains, ditches and topography, the risk of flooding has increased not just because of heavier rainfall patterns but alterations to river courses, poor land management and in some cases flood defence work further down river – making these historic sites more vulnerable now.

Hugo Johnsen continues, ‘As with all interventions in the free market by government, the law of unintended consequences will kick in. Once the flood risk is removed from ‘High Risk’ properties, it makes the remaining household portfolio comparatively more profitable and competition should increase. This will be good news for everyone except those in the H-band group, who if they are in high risk flood areas will be subject to the whim of underwriters who may well increase premium and excesses.’ 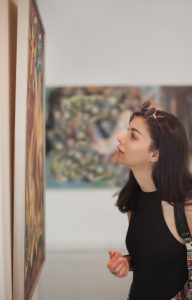